What do arrows on the corrections mean?

Are there any instructions on how to work these arrow icons?
They are similar to a kind of “Like” button?

Yup, users can upvote on corrections that are correct. They can also downvote if they disagree with the correction, although they must include an explanation of why they think it should be improved.

upvote on corrections that are correct

It seems that people who have gotten corrections can vote as well for now. However, I wonder what it would mean if those people clicked “upvote”?

That’s true: currently, non-native speakers (and even the journal author) can vote. I I believe that this is unintended behavior, but @masemune can probably clarify.

Authors being able to vote on the corrections they received is definitely an oversight on my part.

In v3 the upvote button was removed in favor of a more simple design. The designs are still in progress, but here is what I have so far: 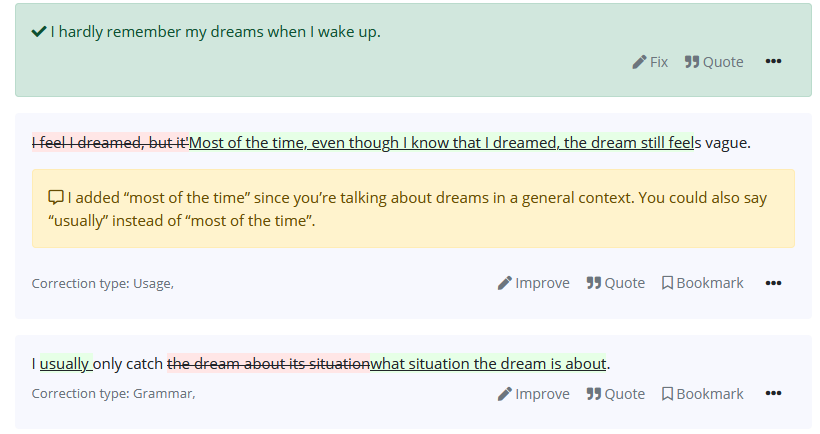 The down arrow will get renamed to either improve or fix, but I am leaning more towards improve since it just sounds friendlier.